Should You Invest in an Electric Car?

Get A Free Quote Now!

Should You Invest in an Electric Car?

In recent years, more and more people have been turning to the electric car as a viable alternative to gasoline-powered cars. This trend has been largely due to the recent popularity of Tesla cars in America. In the auto industry, the electric car revolution is all but imminent with many automakers dropping out, and many more dropping out in the coming years. That’s because the industry is moving toward a future of fully electric and hybrid cars. But if you’re thinking of buying a new car in 2022, should you think electric? In this article, we will explore some of the pros and cons of these vehicles, in order to help you decide whether an electric car is right for your needs. Might it be better not to buy an electric car?

Because your EV’s engine requires less maintenance, you’ll save money on major repairs and upkeep for your electric vehicle.

Making the switch to an electric car is one of the most environmentally friendly decisions a person can make. Electric vehicles (EVs) use electricity from the grid, which generates power from sources like solar, nuclear, and wind. Unlike gas-powered cars, they do not produce any air pollution and they generate less noise than traditional vehicles. In addition to being more environmentally conscious, they are also more cost-effective in the long run. An electric car is cheaper than gasoline-powered cars on a monthly basis because the electricity is cheaper than gas and it also helps save money on other vehicle expenses such as insurance and maintenance.

With the continuing efforts of federal and state governments to reduce harmful emissions, electric cars are quickly gaining popularity. However, there are some downsides to these vehicles that you should be aware of before making a final decision. Though they have few moving parts, electric cars still require battery changing every so often. The most obvious disadvantage is the initial cost of purchasing an electric car. Although electric vehicles have been around for quite a while, there is still a lack of charging stations available for electric vehicles, making it inconvenient to own one.

In conclusion, the pros and cons of buying an electric vehicle depend on individual needs. However, in most cases, they are not cost-effective in the long run because of the higher initial cost. According to many consumer reports, the pros of buying an electric car include lower maintenance costs due to fewer moving parts and no need for oil changes. As well, electric cars produce zero emissions than combustion engines do.

Whether you purchase an electric vehicle or a new model automobile with an internal combustion engine, your old vehicle becomes a burden once you have purchased a new car. Therefore, it’s better to sell it for a little more cash than to let it rust away in your yard. In this case, you can get top cash for cars and free car removal from Best Car Removal by calling 0491108936 or using an online quote form. 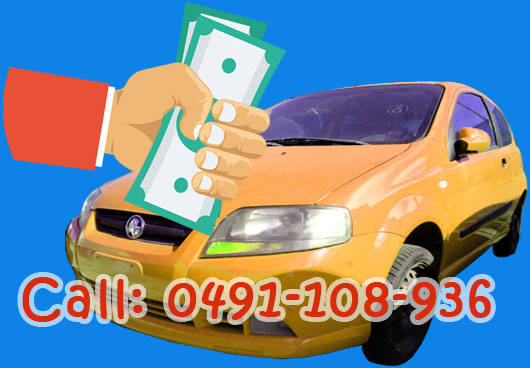 You only need to call us or submit an online form and our removal expert will come to any location where the car is parked and will pay cash for car on the spot. We always support you regarding all your queries. Contact us for an instant cash offer today! Call for a Free Cash Offer at 0491108936 and get your unwanted car removed within 1-2HR.

We Buy Any Make and Condition of Vehicle

At Aus Car Removals, we buy any make, any year and any condition of vehicle. We will take all the vehicle of all brands. Cars, trucks, vans, SUVs, 4WDs, and much more.

At Aus Car Removals, we pay top cash for old, junk, or unwanted cars up to $8,999. We come to you and buy your car, whether it is running, or not, and we'll tow away your car the same day for free.
@ 2020 Aus Car Removals. All rights reserved. Brisbane Web Design, SEO & Digital Marketing